Today I am thankful for hot chocolate!

Wednesdays I volunteer for Literacy Volunteers of America. I meet my student, after work, at our county library. I head over a little early to avoid the rush hour traffic. Since I have some extra time I stop at Dunkin Doughnuts for a hot chocolate. Oh my! DD's hot chocolate is like a melted chocolate bar in a cup. It is so creamy and chocolatey and scrumptious. It is pure deliciousness!

I am grateful for sweet delectable treats like DD's hot chocolate. Thank You, God!
Posted by Terry at 3:31 AM No comments:

I met my husband in 1975. I was seventeen years old. We were married in1981. Three years later my dad retired from his job, and he and my step-mother moved to Florida. Three years after that he died after having a heart attack. I was 28.

When my dad moved to Florida my father-in-law told me that he told my dad that he would watch over me, and he has. He has been by my husband's and my sides through nearly 32 years of marriage. He has guided us as we raised four children, (he is an amazing grandpa) he has guided us as we purchased our first home and built our second. He and my mother-in-law set a wonderful example of a successful marriage.

I am a very lucky lady! I was blessed with a fantastic father and father-in-law! Thank You, God!

Happy birthday, Dad!
Posted by Terry at 3:07 AM No comments:

Today, I am grateful that my music box is in perfect condition. 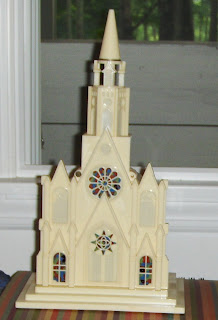 A couple months ago I went to show the music box to a friend. I keep it out year round. I wound the box but nothing happened. I thought the box was either completely worn out or broken. Setting it down, I sadly walked away.

This morning, as I went to pick something up off the floor I bumped into the  music box and suddenly it started playing. I was so happy!

Thank You, God, for my perfect music box. I love that music box so very much. Thank You for a little surprise on a Tuesday morning. Thank You for the ways that You show me how much You love me.
Posted by Terry at 5:15 PM No comments:

Today, I am thankful for ice cream. (any flavor)

The other day my daughter Meredith brought home a pint of Ben and Jerry's Peanut Butter Cup ice cream. She ate a little bit and then went out with a friend. I texted her and asked if I could eat her ice cream if I replaced it. She said, "Yes." So, I did! I found out later that she did not think that I would eat the whole thing. Really?

Last night after dinner Meredith said, "Boy, I could really go for some ice cream right now." Since she knew that the ice cream was gone, and I had not  replaced it yet, she and her boyfriend went to Dairy Queen.

Today, I was feeling bad about the ice cream, so I stopped at Pathmark on my way home from work. I bought her the Ben and Jerry's pint of Peanut Butter Cup ice cream, and I bought two half gallons of Edy's ice cream for the rest of the family, chocolate fudge brownie and peanut butter cup. When I got home and opened the freezer to put it away I found two half gallons of ice cream in the freezer, chocolate fudge brownie and mint chocolate chip. My husband, listening to all the talk about ice cream, decided to stop at the A&P on his way home from work and buy some. Well, we have lots of ice cream now!

I am grateful for ice cream because it is absolutely yummy and because we will be talking about the time Mom ate all of Meredith's ice cream, then Mom and Dad replaced it with four half gallons plus one pint of ice cream. A memory that will bring us all joy.

Thank You, God for ice cream and wonderful family memories.

By the way, if you are wondering why I did not just pay for the Dairy Queen, it was because I knew that would not get me off the hook. I was going to have to replace the Ben and Jerry's pint no matter what. Which, I will add, I paid for in the first place.

A Month of Gratitude

This blog, "A Calendar of Gratitude", is about what I am abundantly grateful to have in my life. I am challenging myself to post everyday about something for which I am grateful. Although I intend to do this through the month of March, I am beginning today.

Today, Sunday, February 24, 2013 I am abundantly grateful for my friends Liz and Denise. I am grateful for Liz and Denise because they are my blog cheerleaders. When I think I can't, they tell me I can. When I question my work, they applaud it. We are a trio supporting one another in moving toward our dreams.

I need a photo of the three of us to insert right here.

I am so grateful to God for blessing me with Denise and Liz in my life.

Click on the image above to visit my blog Sharing Divine Inspiration.

Terry
I am a wife, mother, grandmother, retired teacher, reader, knitter, crocheter, and needle-felter. I am a wife to Gary. We have been happily married for 38 years. I am a mother to 31-year-old quadruplets, Meredith, Rick, Shannon and Tracy. I am a grandma to Liam, my precious and perfect grandchild. I am a retired special education teacher. I love to read, take long walks, knit, crochet and needle felt. I start my day, every day, by putting on a load of wash, feeding Dory my cat, making a cup of coffee, and drinking that first cup of coffee of the day alone with God. I am abundantly grateful for my life!